Researchers at the Cerebra Centre for Neurodevelopmental Disorders, University of Birmingham have discovered that people with different genetic syndromes show subtle differences in social behaviour. Their new study shows that people with fragile X syndrome show social anxiety during a range of social situations when interacting with familiar and unfamiliar adults. However, people with Cornelia de Lange syndrome show more social anxiety when interacting with unfamiliar adults, and during specific situations. This study also found that people with fragile X and Cornelia de Lange syndromes show desire to interact with others, even though this causes some anxiety.

Being exposed to situations where anxiety is increased can cause distress. Understanding the situations that are likely to evoke anxiety in different syndrome groups can reveal useful, even vital, information to individuals with genetic syndromes and their families.

“This highlights the importance of studying genetic syndromes separately” says Hayley Crawford of the University of Birmingham and Coventry University. 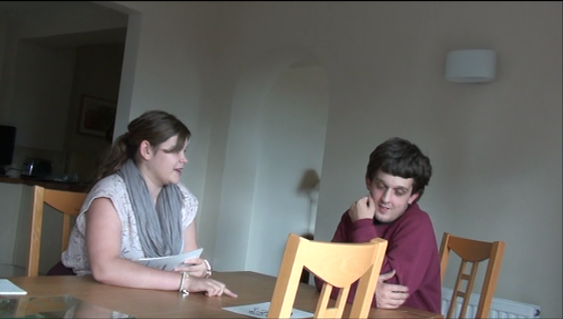 Social anxiety is common in individuals with fragile X syndrome

The researchers visited children and adults with fragile X and Cornelia de Lange syndromes at their homes and engaged in four different social situations with them. Parents and carers of children and adults also engaged in these social situations, allowing researchers to see if people react differently when with strangers or familiar people. Social situations involved having a conversation, sharing some photographs and telling stories. Researchers wanted to investigate whether behaviours indicating social anxiety and social motivation differed between the two participant groups. The researchers believe that the findings shed light on differences in social anxiety and social motivation in fragile X and Cornelia de Lange syndromes, two genetic syndromes previously noted for similarities in their social behaviour.