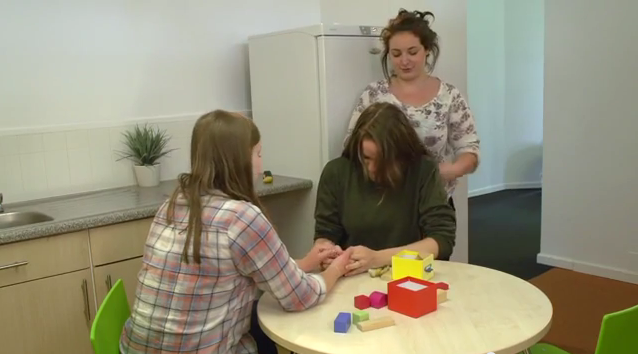 latest news
Key Fact
Sometimes an individual may engage in challenging behaviour because it leads to social interaction.

There is a good deal of evidence that behaviours that challenge can be rewarded or reinforced by social contact (attention) and it is important to understand how this process occurs.

Individuals will sometimes engage in inappropriate behaviours (hair-pulling, grabbing, and dropping to the floor and refusing to get up are common) because it is shortly followed by social contact.  This may be particularly relevant for people with Angelman syndrome who show high social motivation and often engage in aggressive behaviour.  Behaviours that occur for this reason are often called attention-maintained behaviours.   You can watch an example of this in the short film above.

Attention does not have to be positive. Saying ‘Don’t do that!’ Or ‘Ow that hurts!’ can still be rewarding - after all, it is still social contact!

Once this process has occurred a number of times the individual will very quickly learn to engage in behaviours that challenge because it leads to rewarding attention from another person.  This is not to say that the person necessarily intends to injure himself or others or intends to gain the attention of someone else.  It is an entirely natural process whereby behaviours that challenge are so unpleasant that it evokes an entirely natural reaction from another person and the contact with that person is also naturally rewarding or reinforcing.

It should be noted that in the example in the video at the top of this page only one type of reward is being considered.  In this example, social interaction appears as the reward.  However, it is entirely possible that along with social interaction a number of other rewards are also present. This may include food, drinks and activities in order to try and distract the person from the behaviours that challenge.  When this happens the association between behaviour and reward is strengthened further as the person learns that behaviours that challenge lead both to social interaction and the presentation of these other items.