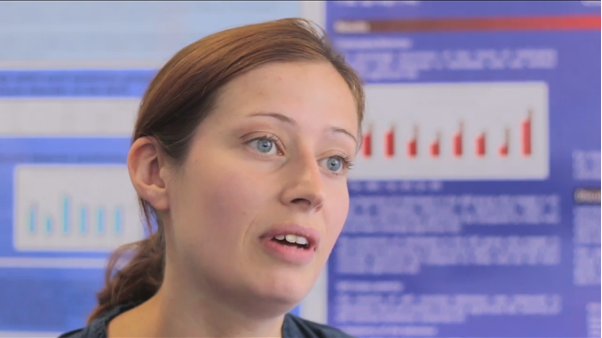 Dr Jo Moss from University of Birmingham found that attachment to particular people was very high in Smith-Magenis syndrome with 7 out of 10 individuals showing this behaviour on a daily basis. This is shown by continually asking to see, speak to or contact a particular favourite person. This social drive was high in comparison to other genetic syndromes.  In addition, around 7 out of 10 individuals were found to engage in repetitive questions on a daily basis.

Read and download this paper hereTwo ‘unique’ repetitive behaviours are often described in Smith-Magenis syndrome. One of these is self-hugging, which appears to be involuntary and in response to pleasure. The other behaviour ‘lick and flip’ is seen where individuals lick their hands and then use it to rapidly turn the pages.  It has been estimated that around 5 out of 10 children engage in these behaviours.