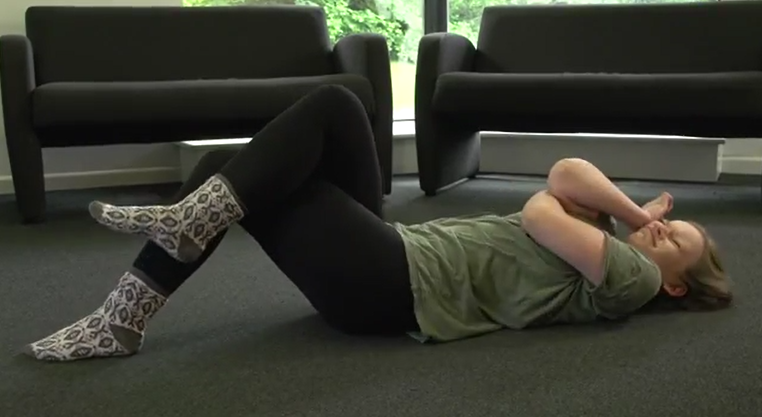 Any sudden changes in a person's behaviour should alert you to the possibility that they are experiencing pain and discomfort.

Many people with Angelman syndrome are not able to communicate that they are experiencing pain and discomfort when this occurs.  Consequently, they may find other ways to let you know that they are in pain.

There is some evidence that challenging behaviour, in particular self-injurious behaviour can occur in response to painful medical conditions and discomfort.  Examples of medical conditions which have been found to lead to self-injurious behaviour in children and adults who have intellectual disability include otitis media (middle ear infections), skin infections and irritation and gastrointestinal reflux.

In the 1960’s, a researcher called De Lissovoy studied head banging in children and found that the children in his study who were head banging were significantly more likely to have had otitis media (middle ear infection).

Self-injurious behaviour is sometimes directed towards areas of the body which might indicate that the person is experiencing pain in that area.  For example, banging or rubbing around the ear in response to earache or banging around the jaw in response to toothache.  You can see an example of pain related behaviour in the re-enactment by a role play actor at the top of this page.

At other times, the self-injury may be directed towards another part of the body that does not appear to be related. For example, we have observed children who pull their own hair in response to chronic pain in the stomach. Signs of pain are not always obvious . The section below describes why we might observe self-injury in response to pain and discomfort.

How does self-injurious behaviour relieve pain and discomfort?

It seems odd that someone would engage in self-injurious behaviour if they were already experiencing pain elsewhere.  Pain gate theory suggests that an acute pain (sharp and intense pain such as that caused by self-injurious behaviour) can block (or gate) the sensation of chronic pain (long lasting pain such as that caused by a painful medical condition).

Pain gate theory applies not only to individuals who have an intellectual disability but to everyone.  Have you ever banged your head and rubbed it better?  This is an example of how you are able to block one type of sensation (pain) by creating another.

For more information on identifying pain in children with severe intellectual and/or communication difficulties please visit the Cerebra webpage.

NEXT: Sensory stimulation and reinforcement