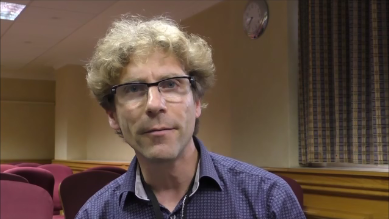 latest news
Key Fact
Sleep difficulties are common in Angelman syndrome, however these problems may decrease with age.

Research studies have estimated that between 20-80% of children have difficulties with sleep, with the most problems occuring between two and six years of age.  Clearly there is a huge difference in estimates across research studies and this most likely reflects the different ways researchers have collected information.

In this video Tracey describes the sleep difficulties her daughter with Angelman syndrome experiences:

Miodrag & Peters (2015) parents of children with AS who have sleep disturbances sleep less themsevles and report high rates of stress.

Sleep difficulties have not been found to affect daytime behaviour; however, only the impact on daytime alertness has been studied.  Parents whose children sleep less are more likely to experience stress and lower levels of well-being. Trickett, Health, Oliver & Richards (2018) Higher sleep-disordered breathing has been highlighted in AS in comparison to TD controls and sleep disturbances in AS has been associated with poorer health.

Melatonin is a medication that is sometimes prescribed for sleep and has shown to be useful for some individuals with intellecual disability.

For more information on the nature of sleep in children with intellectual disability, and what can be done to reduce or improve sleep problems, click here to read Cerebra’s guide.

For useful tips on how to address some of the sleep disturbances common in Angelman syndrome click here.

If you want help and advice on sleep issues in Angelman syndrome click here.